Proper English pronunciation can be a big problem for some ESL learners and more difficult for some students than for others. A student’s native language determines, for the most part, the degree of difficulty and the types of difficulties students will have. Though there are differences between countries, there are certain mistakes that are the common among all foreign-born speakers of English.

Companies can be proactive in helping their employees reduce their accent and improve their English-speaking skills to communicate more effectively.

An on-site Accent Reduction and Pronunciation Course for Non-native Speakers of English can help.

Learning English is especially challenging for students, whose mother tongue doesn’t differentiate between the subtle differences of certain sounds. According to ThoughtCo, French people say ‘happy’ as ‘appy’ because the sound ‘h’ is silent in their language. Although ‘appy’ sounds like the source word, there’s still a mispronunciation that could lead to misunderstandings. In fact, pronunciation actually matters more than you think - it is an important component of your ability to communicate! You should not only speak loudly, but also clearly, so that people can understand you. The way you sound can shape people’s first impressions of you. Read more to find out about pronunciation mistakes and tips to overcome them (including corporate ESL programs).

Pronunciation is Key: The Importance of Corporate ESL Programs 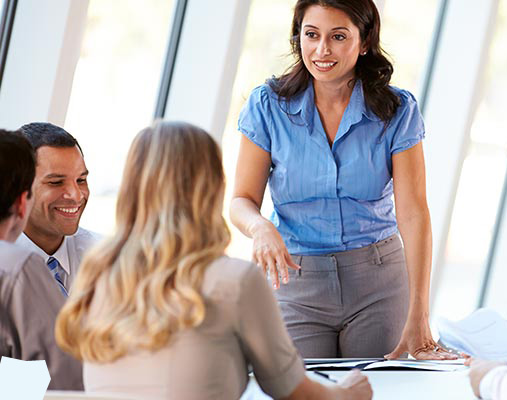 The speech of non-native English speakers, like that of ESL students, may have characteristics that are results of imperfectly learning the language and the absence of English language training. Some speakers also apply knowledge of one language on another (a language transfer also known as ‘linguistic interference’) and some automatically transfer phonological rules of their own language(s) because that’s what's familiar to them. However, clear communication is important and pronunciation is a vital area to improve for communicative success. This is especially true in the workplace, where meetings, conferences and conversations take place constantly.  Some of them require knowledge of business English. Oftentimes, a language barrier like mispronunciation is one of many factors that conceal an employee’s true potential and capability.

Speaking a language is a physical skill that requires practice, and obviously there are no instant shortcuts to perfect pronunciation. Practice is key and any extra training is well worth the effort! There are many ways employees can improve their English, but one of the most common is customized language training for companies, like in-company ESL classes.  These effectively kickstart ESL students to become better prepared for any day-to-day situations in the workplace.

The combination of letters “th”:

The combination of letters “th” remains the hardest one to pronounce for non-native speakers. The combination of letters can sound differently depending on the word which makes it even harder for ESL students. In some cases, “th” can sound like “t,” like “Thailand.”  It can also sound like “d” (/ð/) in “these.”  Or it could even sound like “th” ( /θ/) at the end of “mouth” or in the middle of the word like “father.” This sound is challenging for native speakers of Europe and Asian languages like German, French, Japanese or Mandarin, which completely lack the sound.

You should start by learning how to differentiate the sounds of “th” by spending time listening to audiobooks, watching movies with subtitles and keeping a lookout for the combination. In addition, study the differences between these types of pronunciation. If you still struggle with pronouncing “th,” try placing your tongue between your teeth and force the air out.

Another interesting sound is “schwa” (/ə/), which is found in unstressed syllables. For example, veg(e)table, which is pronounced in three syllables rather than four (ignore the e!), or a(l)mond, where the ‘l’ is ignored. The common mistake is to pronounce the words syllable by syllable: ve-ge-ta-ble and al-mond.

In English classes for companies, students are given many examples of words like this. Study the examples and listen to native speakers whenever you can. Remember that English is a stressed, not a syllabic language!

Some English learners might have a problem with silent consonants like the “d” in the word “Wednesday” where you keep the “d” silent, the “c” in scent” or the “g” in “foreign.”

“r” and “I” are sounds that are often mistaken by Japanese students, because the sounds don’t exist in Japanese. Speakers of other Asian languages often have a difficult time hearing and producing them.

Practice pronouncing the sounds.  Practice the “r” after the “I,” in order to eradicate the confusion. Learn how the tongue and teeth should be placed while pronouncing those sounds, and even practice with tongue twisters! A great example is “red lorry, yellow lorry.” If you master this, then you’re all set!

The “e” is less commonly found in words, but could cause difficulties in pronunciation. The “e” sound can be found in word pairs like “not” and “note” or “bit” and “bite.” Notice how the addition of the “e” changes the sound of the words entirely.

The first step is understanding the “e” and why it's not usually pronounced. The “e” changes the pronunciation of the vowel by lengthening it. Also, every syllable needs a vowel in the English language. For instance, the word “bit” wouldn’t make sense as “bt.” The second step is to practice more with word pair examples. Like the schwa, it’ll be easier to learn the “e” if you avoid dividing the words into syllables. 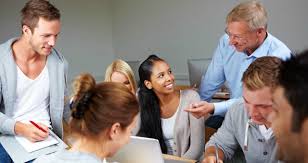 Do you feel uncomfortable when you make mistakes? Try to listen to yourself, record your speech and listen carefully to how you pronounce sounds. No one asks you to speak fast and, in many cases, it can show that you’re uncertain and nervous. Take a deep breath and start speaking slower.  It will help to think before saying a word and visualize the sound. Studying the phonemic chart can help you to visualize the sound that you’re making.

Having an important meeting that you plan to host?  Try to practice a day before in front of the mirror. Another thing you can do is to watch a video with a native speaker and compare your recording with the way it was pronounced in the video.

Usually if English takes up a crucial part of your career, it's better to get help from a professional and enroll in English Language training for companies. People may try to learn on their own, but in many cases, they end up with miscommunication. Sometimes you can make mistakes without being aware of them. Don’t exaggerate your capability, and for improved English, consider taking corporate ESL training.

Language Connections offers group and private classes with content tailored to the needs of your company.